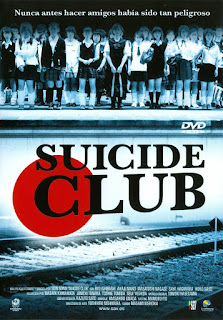 Time for a little Japanese horror. The opening scene is nuts. Gorehounds, welcome to heaven. Sadly, not much after lives up to that. The ending is rather limp. Ok, it's symbolic. Still limp. I do like the unique style of the film, and the fate of the detective is truly tragic. Poor bastard. Japan has the highest suicide rate of any developed country so there's plenty of material to mine there although I think this film could've done more to explore that. In a way, they do with the detective clearly working too much and being disconnected from his family as a result but there are many other things going on beneath the surface in Japan like all the hidden pressure that could've added more to this. Of course, I'm still a big fan. I love Japanese horror. I don't think we could've got a movie like this in America. Definitely not but I don't think it's perfect. The killer teen cult that abducts and tortures girls reminds me of A Clockwork Orange but not done nearly as well. I like how they try to claim responsibility though to get famous when it's clear they're not really behind it. It's an interesting film.

The Original Fan - Best Blog Ever 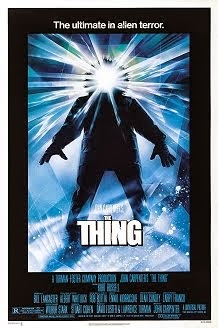 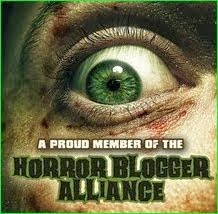 Dick Morton
Huge fan of horror movies especially the classics from the '80s like John Carpenter's The Thing and Monster Squad.